“Righter carries along on the strength of front-woman Hannah Goad's singular gift of songcraft, held aloft on the wings of a tight, well-oiled band.”

Righter wants you to listen to the lyrics.

Born out of frontwoman Hannah Goad's years as a solo act, the Richmond four-piece pairs indie rock with touches of soul and folk to deliver songs filled with wit and introspection. Righter’s performances have earned comparisons to Margaret Glaspy, Laura Marling and Courtney Barnett and have been featured in local press outlets like RVA Magazine and The Antonym.

Currently, Righter is working to release a six-track EP entitled Bad Art. Recorded in a weekend in Nashville with friends Collin Pastore and Jacob Blizard (of Lucy Dacus "Historian", Deau Eyes "Let It Leave"),  the album tackles issues of addiction, anxiety, and abuse with insight and compassion. Goad retreats inward to articulate her own needs and then comes back to her world with stirring anthems against placating and people-pleasing.

Righter has toured throughout the mid-Atlantic and west coast, opening for national acts such as Minor Poet, Lina Tullgren, and Squirrel Flower. Sign up for Righter's mailing list to receive updates on the album release and upcoming tours below. 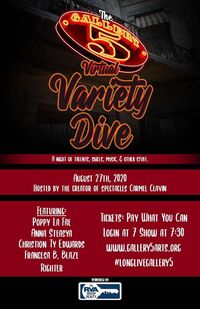 August 27th / 7pm Doors / 7:30pm Event // Pay what you can! Hosted by Carmel Clavin Featuring performances by Poppy La Fae Anna Steasya Christion Ty Edwards Francesa B. Blaze Musical performance by Righter ** All funds raised for this show goes to supporting each performer and Gallery5. Thank you for engaging in the arts!

Pay what you can

Righter @ Girls In The Garage Fest 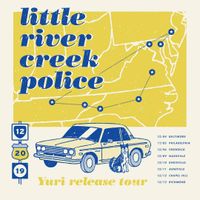 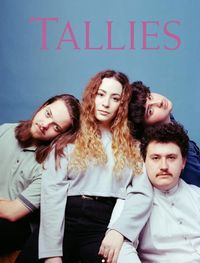 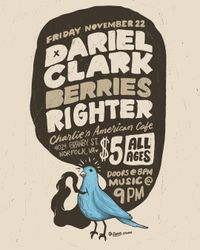 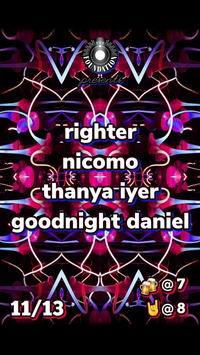